Dee Kosh Sentenced to 8 Months’ Jail, The Highest That The Prosecutor Asked For

The verdict is out.

According to the court documents, Kosh solicited sexual services from four teenage boys between February 2017 and August 2020, despite being fully informed that they were underage.

In May, he pleaded guilty to attempting to procure an indecent act from a young person and communication with a minor to obtain sexual services, which was related to the two teenage victims that were identified as A1 and A2 in the court documents.

Two other charges related to the other two victims were taken into consideration for his sentencing.

Additionally, Kosh also confessed to secretly filming himself having sex with another victim (A3), who was aged between 23 and 25 at the time of the offence. Two more charges of making and possessing films were considered for sentencing.

In order to protect the victims’ identities, a gag order was issued. 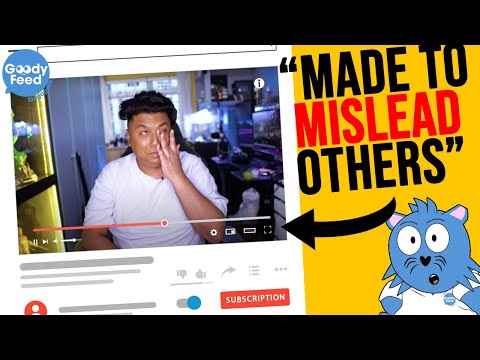 The 33-year-old will begin serving his sentence on Friday.

In March 2018, Kosh used his verified Instagram account to message A1, who told Kosh that he was under 16.

After they moved their conversation to a Telegram “secret chat”, which has the option of automatically deleting messages, disabling the forward message function, and knowing when the other party takes a screenshot,

Shocked, A1 declined, thinking that Kosh was joking, only to realise that was not the case when Kosh made the offer again.

Their conversations lasted over four months. Out of the fear that Kosh would be offended, A1 did not stop talking to him immediately, choosing to peter out their communications at a gradual pace.

In February 2017, A2 was approached by Kosh outside Takashimaya on Orchard Road during a video shoot. They exchanged their social media handles and started talking on WhatsApp.

A2 informed Kosh that he was under 18.

Kosh then suggested that A2 could work for him, and he could teach him how to make videos and take photos. They started talking.

Some time after, Kosh initiated a “question game” and began asking the teenager questions of a sexual nature, which led to him making an “indecent proposal”.

Having moved the conversation to Snapchat—another chatting application with similar features as Telegram’s secret chat—Kosh asked A2 if he would allow someone to perform a sexual act on him, adding that he would be blindfolded and unaware of the person’s gender.

Kosh later revealed that he was referring to himself and offered the boy S$400.

After A2 repeatedly rejected the solicitations for sexual services, Kosh gradually raised the price to S$2,000.

Their conversation was recorded by A2’s roommate using another phone.

A3 was a man that Kosh started following on social media in 2016.

Their physical dalliances began after Kosh invited A3 over to his house under the guise of offering him a job opportunity at his production firm, which led them to them moving to the bedroom and Kosh performing a sexual act on A3.

A3 was not informed, nor did Kosh obtain his consent first.

None of the victims reported the offences to the police immediately as they were under the assumption that they were the only victim and were afraid of going against a social influencer that had a large following.

In August 2020, another victim took to Instagram to allege that Kosh had sexually harassed him.

In order to hide his sordid history, Kosh’s lawyers sent the victim a lawyer’s letter, telling him to stop spreading the allegations online, while Kosh denied the rumours.

A1 filed the police report first. Kosh was arrested on 5 October 2020.

The prosecution sought for five to eight months in jail, arguing that Kosh was a “seasoned criminal skilled at avoiding detection” and said that his offences were highly premediated as he used his social influence and wealth to deliberately and persistently solicit sexual services from minors.

Defence counsel Johannes Hadi asked for a shorter jail term of two-and-a-half months, asserting that his client was remorseful and cited the Institute of Mental Health’s report, which showed that Kosh was not suffering from any paedophilic disorders and had good prospects for rehabilitation.

The full details of the court proceedings can be read here.

For attempted sexual exploitation of a young person under the Children and Young Persons Act, Kosh could have been jailed for up to five years, fined up to S$10,000, or both.

For communicating with the purpose of obtaining sexual services from a minor, he could have been sentenced to a maximum of two years in jail and fined.

Considering the summary of his crimes, eight months in jail is rather light.