If you’ve been scrolling through the catalogue of Netflix, wondering what show you should watch next, we’ve got an answer for you. While most of us may be familiar with the famous Spanish TV series Money Heist (La Casa de Papel), some of us might not know that the Korean edition of the show, Money Heist: Korea – Joint Economic Area has just been released on Netflix.

If you need to catch up on what we’re talking about first with a quick trailer, we’ve got you covered too. 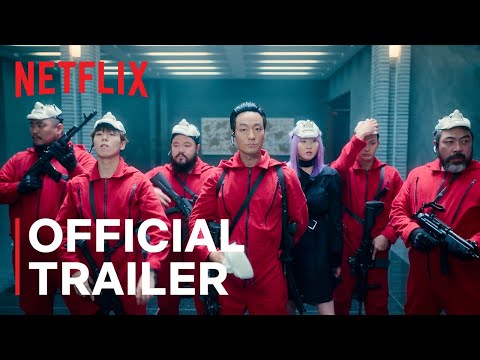 Yes, it’s perfect for those who need a new K-drama fix after watching Squid Game and All of Us Are Dead last year.

The first part of the series was just released yesterday (24 June) on Netflix, with English subtitles as well as English dubbing available for those of us who still can’t get the hang of Korean other than being able to say “annyeonghaseyo” and “saranghaeyo”

And if you’re already turning on your laptop to open Netflix and watch the series, here’s all you need to know about the newest edition of the show before you dive right into it.

Of course, this is probably the most important part of the whole series that you should know before you start watching it.

And if you were wondering what the “Joint Economic Area” in the title of the series means, here’s your answer.

In this remake, both North and South Korea have been reunified, creating the “Joint Economic Area” as mentioned in the title of the series.

And just like the original Money Heist, this series will also focus on the Professor, the mastermind of the entire heist, and his crew of thieves as they attempt to steal four trillion won in unified currency at the national mint.

In addition to that, the mint is located in the Joint Economic Area, meaning that both North and South Korea have power over it in the series.

Despite the similar name, context and even characters that run across both the Spanish and Korean series, it’s clear that the Korean version is much more like a remake instead of a spinoff, especially with the added aspects of Korea’s culture.

In the series, a North Korean called Tokyo is one of the few North Koreans who have been chosen by the Professor to aid him in the heist.

Prior to the heist, Tokyo, an ex-soldier in the North Korean army, has been engaging extensively in crime after she was taken advantage of as a migrant worker.

And when the Professor instructs his crew to choose nicknames, Tokyo’s name raises some obvious questions.

You’ll have to watch the rest to find out why Tokyo’s name is, well, Tokyo, but here’s a hint: it’s pretty clear that the name “Tokyo” is a reference to Japan.

Apart from Tokyo’s name, another noticeable aspect of the Korean remake that you might have spotted is the Hahoe masks that the thieves wear.

Hahoe masks, a traditional type of mask in Korea, usually symbolise the social status of the characters wearing them through the shapes, forms and expressions that they come in.

In contrast to that, the cast of the OG Money Heist wore Salvador Dalí masks, which are more known as a symbol that represents one’s resistance when faced with injustice.

Back then, Salvador Dalí masks were appropriately used in the Spanish version of the show to suggest that the heist was a plan to allow financial restoration to those who have been affected the most by capitalism.

Apart from that, however, the casts still look largely similar, with the thieves in both series sporting the iconic red jumpsuits.

While we all know that Money Heist highlighted the issue of economic disparity during its run, it seems like the Korean version of the show will be taking a deeper dig at the theme and what it signifies in society.

One of the trailers also revealed that the unified currency was meant to ensure that all Koreans would be able to lead better lifestyles.

However, the unified currency was instead introduced to allow the rich to get richer and the poor to get poorer, prompting the heist.

With a wide range of characters spanning from migrant workers to a police negotiator and more, expect to see all sorts of perspectives and thought processes being showcased throughout the series.

Of course, many of the struggles illustrated in the show are linked to the obvious difference between North and South Koreans in terms of their economic status, which is arguably driven home mostly by Tokyo’s character. 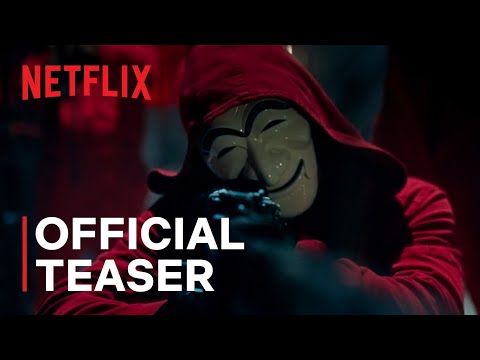 As seen in the trailer, Tokyo, whose “Korean dream” is crushed after she leaves the army, mutters, “Welcome to capitalism”, a simple yet profound phrase linked to the issue of economic disparity once you stop to think more about it.

And apart from Tokyo, other characters have their own chance to shine as well.

Every episode that has been released thus far includes a short introduction of the characters’ backstory, allowing the audience to better understand the character’s lifestyles and the journey that they are about to take.

The backstories also help give insight into why the various characters even agreed to join the Professor’s heist in the first place, so be sure to keep your eyes (and ears) peeled when you watch that part of the episodes!

You’ve probably heard of the cast of the series by now, so don’t be surprised if you see familiar faces all around when you start watching the series!

Apart from Yoo Ji-tae, the Mad Dog actor who will be acting as the Professor in the series, Squid Game protagonist Park Hae-soo will also be featured as Berlin, a former North Korean who used to be imprisoned in a concentration camp.

Other notable members of the cast include Jun Jong-seo from Burning, who will be acting as Tokyo and Kim Ji-hoon from Flower Of Evil, who plays the role of Denver.

Model-actress Jang Yoon-ju will be acting as Nairobi, a single mother in the series.

Apart from that, Park Myung-hoon from Parasite and Lee Joo-bin from Find Me In Your Memory will be playing the role of the two hostages, so fans can look forward to seeing them on your screens again.

The two actors will be playing Cho Young-min and Youn Misun respectively.

And if you can’t wait to see who else will be making an appearance in the show, here’s a meet-the-cast segment just for you: 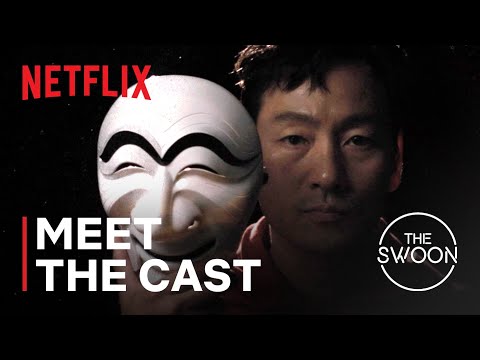 I wasn’t kidding when I said that there’d be many familiar faces, right?

Pacing of Money Heist: Korea – Joint Economic Area is Much Faster than the OG Spanish Version

If you’ve watched (or binged) the entire Money Heist series, you’ll know that the first season originally had 15 episodes, but they split into 22 episodes before they were released on Netflix in two parts.

In contrast, Money Heist: Korea – Joint Economic Area has only six episodes in the first part of season one, meaning that there’s much less time to flesh out the details as compared to the original season.

Of course, that means that the pacing might seem a little different and faster as compared to the Spanish version of the show, so don’t be surprised when you start watching it and realise that it’s not an exact mirror image of the original series!

With the six episodes that make up part one being released, there is still no word as to when the second part of season one, which is also made up of six episodes, will be released.

However, for those who already can’t wait for the second, or even third season, here’s some bad news: there is currently no sign that a second season will be filmed anytime soon.

But hey, there’s no harm in continuing to hope, right?