If there’s one thing better than watching the World Cup, it’s watching it on a giant screen.

And while that might seem like a pretty distant dream for most of us (unless you have your private cinema at home), it will not be for much longer.

Football fanatics can head to Jewel Changi Airport in just a few days to watch the various World Cup matches for free. It will be screening all the matches from 3 to 18 December as part of the “Football Mania at Jewel”, an event organised by Jewel and Qatar Airways, the official airline of this year’s World Cup.

This means that all matches from the Round of 16 until the grand finals will be screened at Jewel.

The screening will take place at the Shiseido Forest Valley on a “mega LED screen that spans a-tenth in length of a football field” according to Jewel, making it the largest public screening in Southeast Asia.

As for how many people are allowed in the venue, it can hold up to 600 participants for each screening.

In addition, different F&B outlets will be open at Jewel until late at night during the matches, which means that no one will go hungry while watching the exciting games on the large screen. 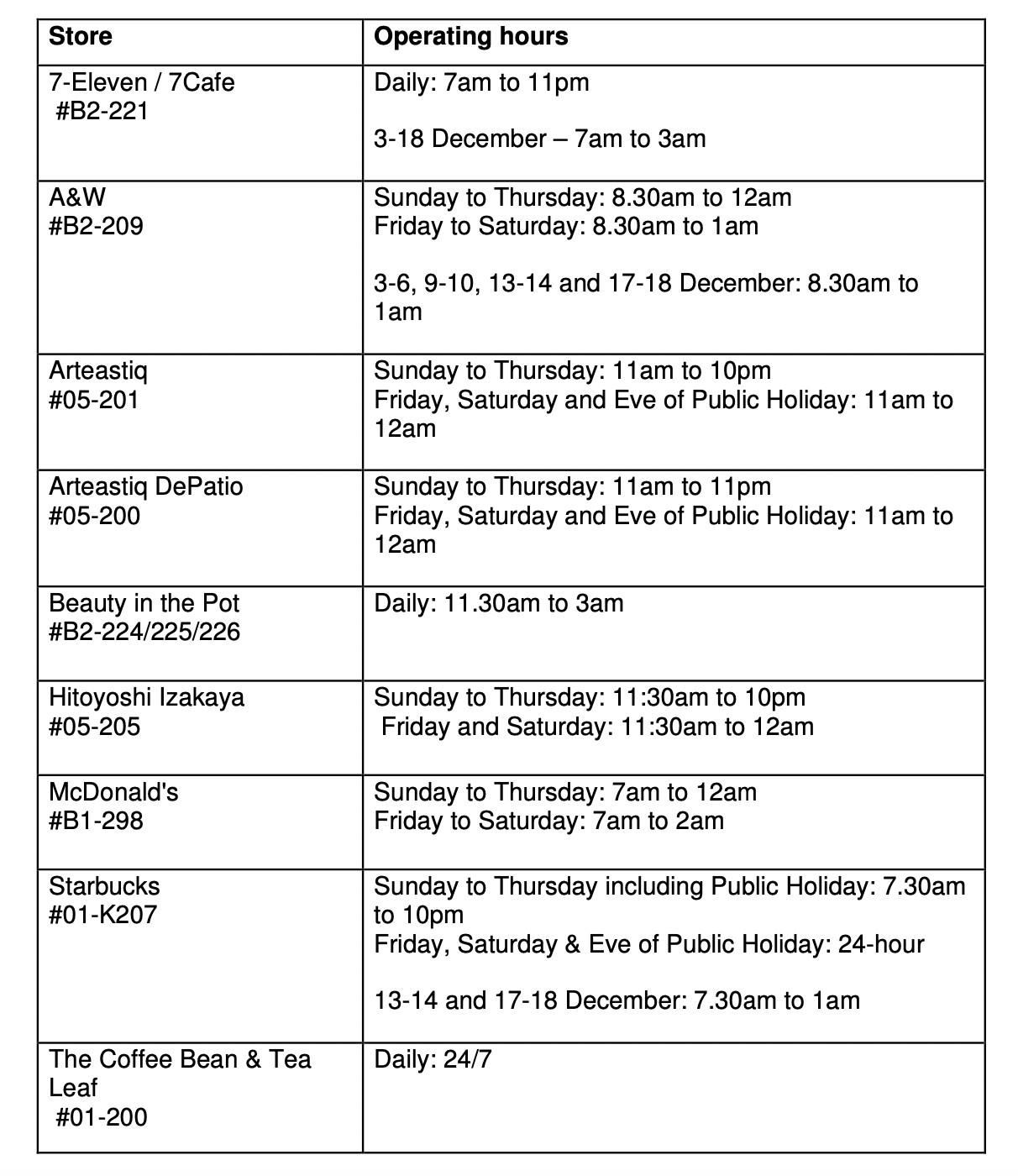 And for those driving there, here’s some good news: a free parking scheme from 5 to 18 December will allow up to two hours of free parking while you enjoy the match.

However, you’ll have to spend a minimum of $20 in a single receipt at any of the F&B outlets listed above in the table, and the receipt has to be issued anytime between 10pm to 6am on the dates mentioned above.

After obtaining your receipt, you can directly redeem your free parking at any of the participating outlets.

And this perk isn’t just for Singaporeans; tourists and travellers can also join in. Before watching the match, they can utilise the Early Check-in (ECI) facility at Level 1 of Jewel.

Guess the Winner for Jewel Vouchers

Apart from the free parking, fans can also attempt to guess who the winner of the match that they are watching at Jewel is.

Every $50 spent in a single receipt will entitle each individual to one draw card, which viewers can place in the box labelled with the country they think will emerge victorious.

The boxes will be placed next to the large screen, and an emcee will conduct a draw to pick the winner, who will walk away with Jewel gift vouchers.

The prizes are as follows:

Other activities, such as e-football tournament screening and photo-taking opportunities, will also be available during this time.