Malaysia’s Minister for Agriculture and Food Industries Ronald Kiandee has announced that the country’s export ban on chickens is set to end on 31 August, three months after it was first imposed.

During the Parliament session of 4 August, Dr Kiandee stated the intervention was meant to be temporary until the local supply and prices stabilised.

If you’ve forgotten about the ban, you can watch this 2-minute summary: 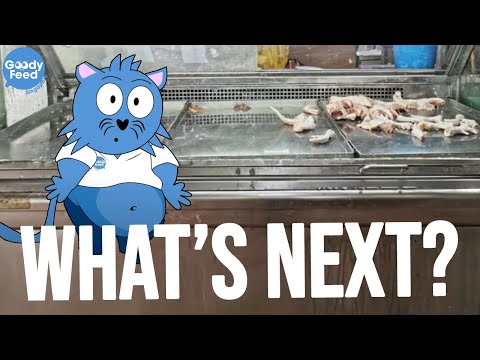 The Chicken Ban and Complaints

The chicken ban was proposed after the Malaysian government received complaints of supply shortage and price increases of chicken, with some traders selling their chickens above the price ceilings to cover costs.

By cutting off the 3.6 million chickens that would have been sold as exports, the locally produced chickens are bound to stay within domestic borders and make up for the supply shortage, which will in turn, help to lower the prices of the chicken within the country.

While this temporary ban was beneficial to Malaysian consumers as they had more choices at lowered prices, Singapore suffered for it since we imported 34% of our chicken supply from Malaysia.

The price increases in June was a dark month for chicken rice stall owners.

The majority of the Malaysian chicken imports are either chilled chickens or live chickens that are transported over then slaughtered and chilled. Essentially, we get fresher chicken from Malaysia.

In order to ensure that the country’s demand for chicken is met, Singapore began to diversify its chicken supply, buying chicken from other places such as Indonesia and Thailand.

Although Malaysia’s ban was partially lifted in mid-June to allow poultry importers to bring in kampung and black chickens again, the damage was already done.

Singapore is no longer reliant on Malaysia for its chicken supply.

Was It The Wrong or Right Move?

In Kluang MP Wong Shu Qi’s opinion, she believes that the export ban was the wrong move as it has resulted in Singapore diversifying its food sources and purchasing the chickens from other neighbouring countries instead.

Ms Wong said, “We have lost a market. So no matter whether we reopen or allow exports again, we have lost a customer.”

She’s not wrong; the other neighbouring countries have picked up the market slice which Malaysia dropped, and they are unlikely to let go.

But by virtue of the geographical proximity between Singapore and Malaysia, there will always be a place for Malaysian chicken importers, because the cost and time needed for transportation is probably a lot lesser.

In response to Ms Wong’s statement, Dr Kiandee said that other countries have adopted similar protectionist measures when they were facing shortage in food supplies, adding that it’s natural to allow exports once more now that the supply all across the country has stabilised.

Dr Kiandree also brings up the fact that RM1.1billion (S$340.56 million) has been set aside to help chicken industry players since 4 February, and 8,907 applications for subsidies, amounting to RM748 billion have been approved as of 29 July.

The subsidy scheme will also be ending on 31 August.

The imposed price ceiling of RM9.40 per kilogram will only last till 31 August as well.

The Malaysian government has yet to decide on what the next course of action is. They are still studying a few issues, like supply stability and breeders’ capacity.

In the eyes of the Ministry of Agriculture and Food Industries, the export ban is neither a good nor bad thing, merely necessary at that given point in time.

It’s a matter of priorities.

They were choosing to protect the industry and Malaysians in terms of pricing and supply and the export ban has been effective.

Dr Kiandree points out that the pricing and supply of chicken have become more stable, and they need to ensure that this stability lasts before the government can decide on new actions or measures.

Even though Malaysia has lost a potential market, it doesn’t change the fact that Malaysia now has an oversupply situation on their hands, producing 6% more than their actual needs.

Therefore, Malaysia has the capacity to export chicken again to other countries now.