Namewee Managed to Arrive in M’sia Without Being Arrested

Sometimes, things turn out better than expected. Such times are opportune moments for celebration, and this is the case for Taiwan-based Malaysian singer Namewee.

On 11 January (Tuesday), the 38-year-old shared a photo of himself at the Kuala Lumpur International Airport. With arms spread wide open, he basks in the freedom of returning to Malaysia to celebrate Chinese New Year.

The post reads “Hi Malaysia. Finally back to my homeland. Long time no see”. He further elaborates that the “international arrest warrant” against him had been lifted. This comes after he was prosecuted for controversial work.

For those who require filling in on what had happened, here is a brief breakdown.

Namewee, whose real name is Wee Meng Chee, is a rapper, filmmaker, and actor, but is more well-known for playing a controversial figure in music.

In 2020, he released a movie called Babi. It depicted racial tension through an interethnic schoolyard riot in a Malaysian city. The riot in the movie was between Malays, Chinese, and Indians.

While one may credit the film for its bravery in broaching such a controversial subject, it was not taken too well. Allegedly, the movie contained elements of racism, which sullied Malaysia’s image.

This wasn’t the only controversy that surfaced recently; in October 2021, he was blacklisted in China for releasing his hit song “Fragile”. The song lyrics were an attempt at poking fun at the Chinese government.

In other words, he threw shade.

The aftermath of the music video saw his work being banned on Chinese social media platforms like Weibo.

Namewee was not always faced with criticism though; his song “Ghost Island” was nominated at the 2020 Golden Melody Awards in Taiwan, and he flew to Taiwan in July 2020 to attend the event. Despite making a mark in his music career, he was questioned by the Malaysian authorities upon returning in March 2021.

He had stayed in Malaysia until July 2021, but the matter was never resolved as he travelled to Taiwan to resume his ongoing projects.

Thankfully, the start of 2022 made things better. In the same post, he expressed a subtle delight in saying, “Oh yeah, I finally won’t have to face arrest”, likely about the matter, though the specifics of why his arrest warrant was lifted wasn’t disclosed.

Having finally returned to Malaysia, Namewee has a couple of things on his mind. The next step of any journey is always exciting.

Celebrating Chinese New Year with his family in Malaysia aside, he is currently advertising his latest movie, Nasi Lemak 1.0. This movie follows the success of his 2011 low-budget movie Nasi Lemak 2.0. Both films depict the journey of a chef trying to re-establish a fading food business.

So look out for it! The new film will be released in Malaysia, Brunei, and Singapore on 27 January 2022; just in time for Chinese New Year.

You can watch the trailer here: 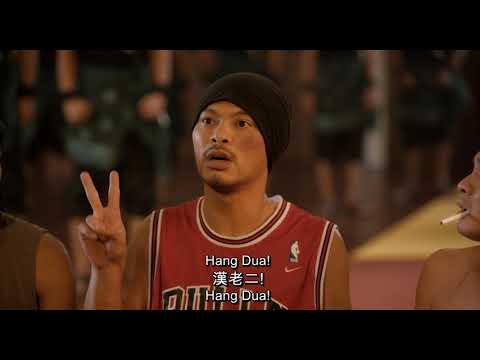