If you’ve asked any Singaporean about their thoughts regarding adoption in the past few days, Naomi Neo’s a name that’ll probably come up in the conversation.

With her recent video about her being an adoptee blowing up, many are wondering what’s the next step for the local 26-year-old YouTuber.

But for those expecting a sequel, don’t keep your hopes high for now.

And for those who haven’t watched the video yet, here it is: 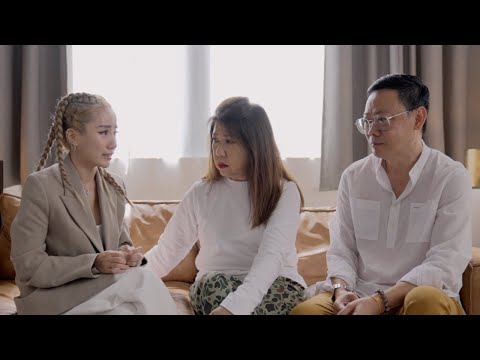 Video Was Only to Shed Light on the Topic

According to Neo, she currently has no plans to search for her biological parents.

She first found out about her adoption in 2018 and considered travelling to China, but the COVID-19 pandemic soon shut down that possible idea of hers. Additionally, she also had two kids after that, which further discouraged her from travelling to find her biological parents.

She also mentioned how adoption is often shushed in families, which was why she felt that the video would be a good way to be open with her audience as she has always been since her blogging days, and also to increase awareness amongst the general public.

Although she had found out about her adoption in 2018, other life milestones such as her pregnancies delayed the filming of the video until late last year, when she felt like she could finally sit down with her parents and have a proper, completely honest conversation about her adoption.

The Public’s View on Adoption

When interviewed by The Straits Times, Neo also brought up how adoption is viewed in Singapore. Most people keep mum about it and feel that it should not be something that is discussed so openly.

However, such attitudes will only let the misperceptions and stigmatisation surrounding this issue get increasingly prevalent. She mentioned how “It is hardly spoken about, so I wanted to shed light on the topic” and that she wanted those going through the same situation to feel less isolated.

She also brought up how talking about the issue gave her a cathartic sense of release.

“There are so many uncertainties and question marks. What if they are not even alive? What if I get rejected? Where should I start? Do I want my first interaction to be physical? Anything can happen. So I’m not prepared to go to that extent yet,” she concluded.

Another reason (her main reason, actually) as to why she is holding this off is due to her children’s age, as she does not want to leave them in Singapore to travel.

So for now, although she says that she “feels there’s a “good chance” of tracking down her biological parents as there is an official paper trail”, she won’t be trying to find them.