The Workers’ Party saga isn’t the only thing reaching its winding down period; overseas, an iconic Mandopop’s divorce and subsequent dirty laundry airing is also coming to an end.

On 23 Dec 2021, Wang Leehom’s ex-wife, Lee Jinglei, wrote a lengthy final letter explaining why she did what she did.

You can watch this video to know more about the letter: 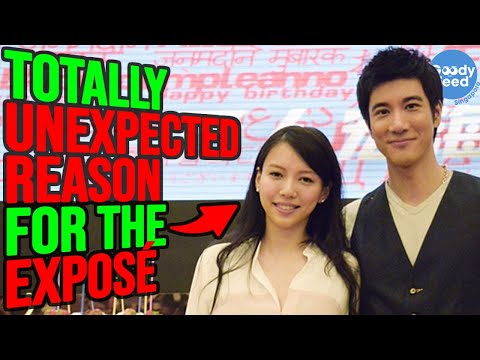 In her letter, she also apologised to innocent people implicated in the couple’s dirty business but did not clarify who they are.

With Wang Leehom’s infidelity revealed, several well-known celebrities were implicated, including BY2 Yumi, Blackie Chen and Christine Fan (which Lee came out to say are innocent), and Vivian Hsu.

Well, Vivian Hsu has also spoken out about the incident and here’s what she said.

On 26 Dec 2021, Hsu told her fans in an Instagram story that she will come back a better version of herself.

However, she’ll need some time to recuperate.

For our non-Chinese-reading friends, here’s a translation of what she said:

The misunderstanding has been resolved and the affected innocent parties have received an apology.

Looking at the clear blue sky, I still suffer from palpitations, tightness in my chest and sudden bouts of crying.

It could be due to the online bullying I’ve went through.

For those who love me, I will work hard to stay well

I need time to recover.

the next time we meet, you’ll see a unbreakable Iron V version 2.0.

Her Concert Will Go On & Advertisements Will Resume

This was announced before Wang’s divorce saga and back then, Hsu said it’ll be the first and last time she’ll hold the concert at the location.

For fans of the songstress, you’ll be psyched to know that while there were rumours of the suspension of ticket sales, it did not come to pass.

Her company had said that they care for Hsu a lot and wasn’t in any hurry to do anything as the concert is some time away.

Meanwhile, when she was neck-deep in the saga known as Wang and Lee, her advertisements were removed.

Her agency revealed that said advertisements will resume from 29 Dec 2021.