While neighbours these days don’t exactly talk to each other much, there’s an implicit understanding to abide by the following unspoken rules:

But, as you know, there have been a few horribly inconsiderate neighbours out there, some of whom seem to enjoy making other residents’ life a living hell.

We’ve all heard about the neighbour from hell who placed a bloody pig’s ear on one resident’s shoe rack, but today’s story involves a neighbour who has done something much, much worse.

A 52-year-old woman living in Choa Chu Kang has reportedly called the police nearly 100 times in the last two decades due to the noises made by her neighbours on the level above.

In an interview with Shin Min Daily News, Ms Chen said her neighbour often leaves the water running in the early hours of the morning, sometimes for over an hour.

Ms Chen said it’s been affecting her and her husband for the last 20 years. “My husband works as a warehouse assistant, and he has to go out at about 5am every day. If he doesn’t sleep well at night, it will affect his work,” she said.

The woman said she has made a police report nearly 100 times and lodged complaints with the authorities as well, but the situation hasn’t improved.

The situation will improve for some time after each complaint, she said, before returning to how it was before.

Ms Chen made the reports in the hope that her neighbour would stop taking such early showers, but to no avail. Her neighbour declined to respond to the allegations.

The authorities reportedly advised her to switch bedrooms and close the toilet door, but this has not helped either. What’s more, Ms Chen claimed her neighbour makes other noises as well, such as dragging chairs across the floor and slamming doors.

For such sounds, it could’ve been caused by something known as “water hammer”; watch this video to the end to understand more: 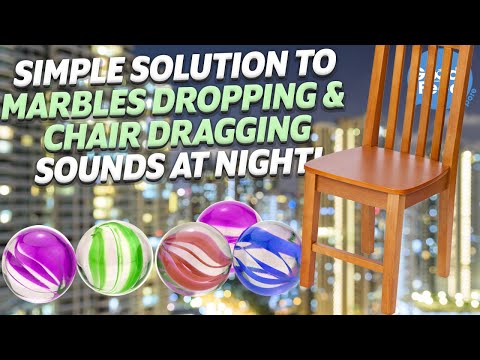 When Shin Min interviewed other neighbours around the unit, they said they didn’t hear the noises often, or that it didn’t bother them.

Another resident in Punggol had recently complained about their neighbour above them, only this time, it was because of hair.

The aggrieved residents put up a notice accusing their neighbour above of throwing their hair out the window. This was a problem because some strands apparently “flew” into their units.

“We have your hair and DNA now. We will hand them over to the police and NEA if you don’t stop,” the complainant wrote. It’s unclear if the dispute has been resolved.

Be nice to your neighbours, guys and girls. If we’re going to live with someone for years or even decades, it’d be a good idea to at least get along with them.