Imagine this: you’ve finally crossed the two-week mark after your second dose of a COVID-19 vaccine, meaning you’re finally fully vaccinated and can dine out.

You call ten of your best friends out for a meal before cancelling plans with nine of them after remembering the restrictions on the number of people who can dine out together.

You finally arrive at your favourite Ramen outlet with your friend, but just as you’re about to enter, you realise that there’s a problem with your TraceTogether app.

Yes, much like you’ve been for the past year, it’s down.

So, what exactly happened?

It seems that the verification of vaccination status in the TraceTogether app was unavailable for at least two hours yesterday evening (8 Nov).

At around 7:30pm, users who tried to access this feature were shown the message: “Temporarily unavailable. We’re working hard to fix it.”

And less than an hour later, GovTech confirmed in a Facebook post that there was an issue with the feature:

It said that in the meantime, premises conducting SafeEntry checks were advised to admit users if they were unable to present their vaccination-differentiated safe management measures (VDS) status.

It didn’t take long for them to resolve the issue, though, as they shared another post just an hour later saying the problem had been fixed.

“The verification of vaccination test status in the TraceTogether app has been restored.
You can now resume using the app for SafeEntry check in at malls, restaurants and other venues,” it said.

“Thank you for the patience and we apologise for any inconvenience caused.”

The issue was apparently caused by a temporary technical glitch, as reported by TODAYonline.

In other words, don’t worry: should it be down again, you won’t be stuck outside a mall for hours.

To know how the app works, watch this video to the end: 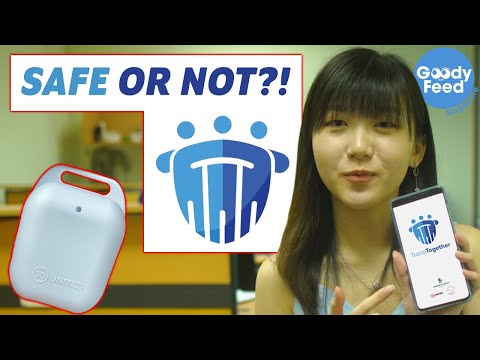 As you know, only fully vaccinated individuals here have been allowed to enter malls, large standalone stores, and attractions, as well as dine out at hawker centres, coffee shops, and restaurants in groups of two since 13 Oct.

But from tomorrow (10 Nov), members of the same household will be allowed to dine out together in groups of five, thanks to our dwindling weekly growth infection rate, which has hovered around 0.8 to 1.0

This will not apply to hawker centres and coffee shops yet, as they are unable to conduct comprehensive VDS checks on all their diners, the Ministry of Health (MOH) said.