The uses of social media have only grown increasingly varied through the years. Trump attempts to change a presidential election outcome through tweets, influencers amp up their earnings by getting on OnlyFans, while others use it to set up a cross-boarder game of hide-and-seek with the police.

That’s right, Charles Yeo, the lawyer and former chairman of the opposition Reform Party who has since fled the country following criminal charges made against him, has casually challenged the Singapore Police Force (SPF) to track him down via Instagram Stories.

What’s more, is that the lad had even given them tips on how to track him down, offering the gaming platforms Steam and Blizzard as viable alternatives to reaching out to his contacts in Singapore for information.

In a series of videos posted to Yeo’s Instagram account, he can be seen strolling through the streets of West Brompton in London while addressing the likely unamused SPF and Attorney-General’s Chambers (AGC).

In the video, Yeo could be heard asking the agencies to “stop troubling” his family members and friends to gain information on his whereabouts.

Following his decision to flee to the UK this week where he is now seeking political asylum from, the SPF has been trying to locate his whereabouts ever since.

Reaching out to Yeo’s contacts in Singapore to provide assistance in ongoing investigations seem to be the route that local authorities have taken.

The 32-year-old escapee provided a few suggestions for the agencies to find him, effectively setting up a cross-border hide and seek challenge.

Firstly, Yeo said that he had switched on his “location sharing” function on Instagram, so if anything, the SPF could always contact instagram for information on his Geotags.

If they didn’t fancy this platform, the were also invited to write into Steam and Blizzard for his user ID, given that Yeo is an active gamer of Dota 2 and World of Warcraft, both of which are associated with the gaming companies.

If you’re wondering what else he said, he also made a few harsh comments about the AGC and Prime Minister Lee Hsien Loong in the video.

The 31-year-old politician faces a total of six criminal charges in Singapore.

They are as follows:

Yeo was also arrested in January over allegations of committing criminal breach of trust and forgery in relation to his law firm’s clients.

Under the Criminal Breach of Trust crimes, Section 409 contains the most severe punishments and is usually reserved for when a public servant, banker, merchant, lawyer, or fiduciary commits the crime.

If convicted, the offender can face an imprisonment for up to 20 years, in addition to a fine.

Besides that, he has also been accused of forgery and embezzlement as well, which he has denied repeatedly.

We don’t think the SPF will be responding to Yeo via an Instagram story, but if they do, we’ll be here to document the social media showdown.

To know more about his “escape” to the UK, watch this video to the end: 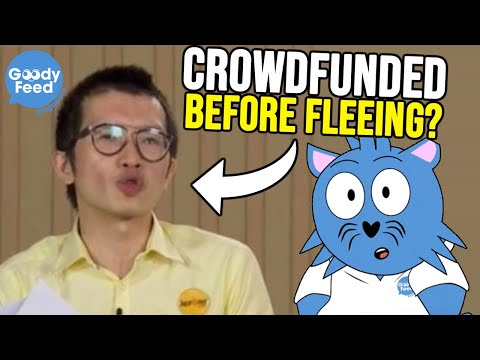